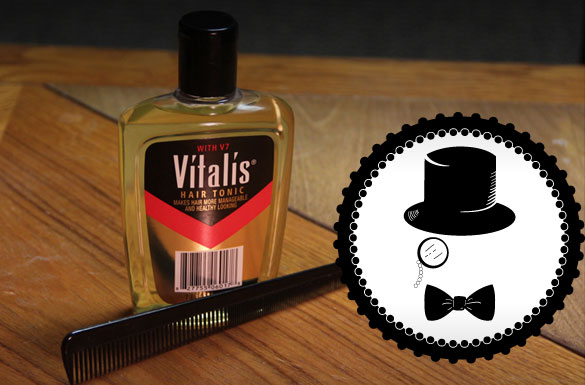 Yes, you read that right: Hair Tonic. Today in Cascading Style we’re trying out the oft-spoke of, rarely seen, retro coiffant. What does it do? Is it any good? Whose grandpa did we borrow it from? We’ll find out.

The word tonic evokes a certain imagery: glass bottles of non-descript fluids promising everything from increasing virility to regrowing an entire head of hair. Luckily, Vitalis came around long after the “patent medicine” chicanery. Debuting around the 1940s, Vitalis Hair Tonic was advertised as a means of styling hair without having to delve into excessively greasy products. Vitalis instead uses mainly alcohol and something the label mysteriously refers to as “V7”. Now is this healthy for your hair? It’s pretty negligible as the whole solution is rather diluted. It DOES however lend a sharp, clean scent to the already crisp fragrance. Using this stuff, you’re bound to smell like a doctor’s office…in a good way, that is! 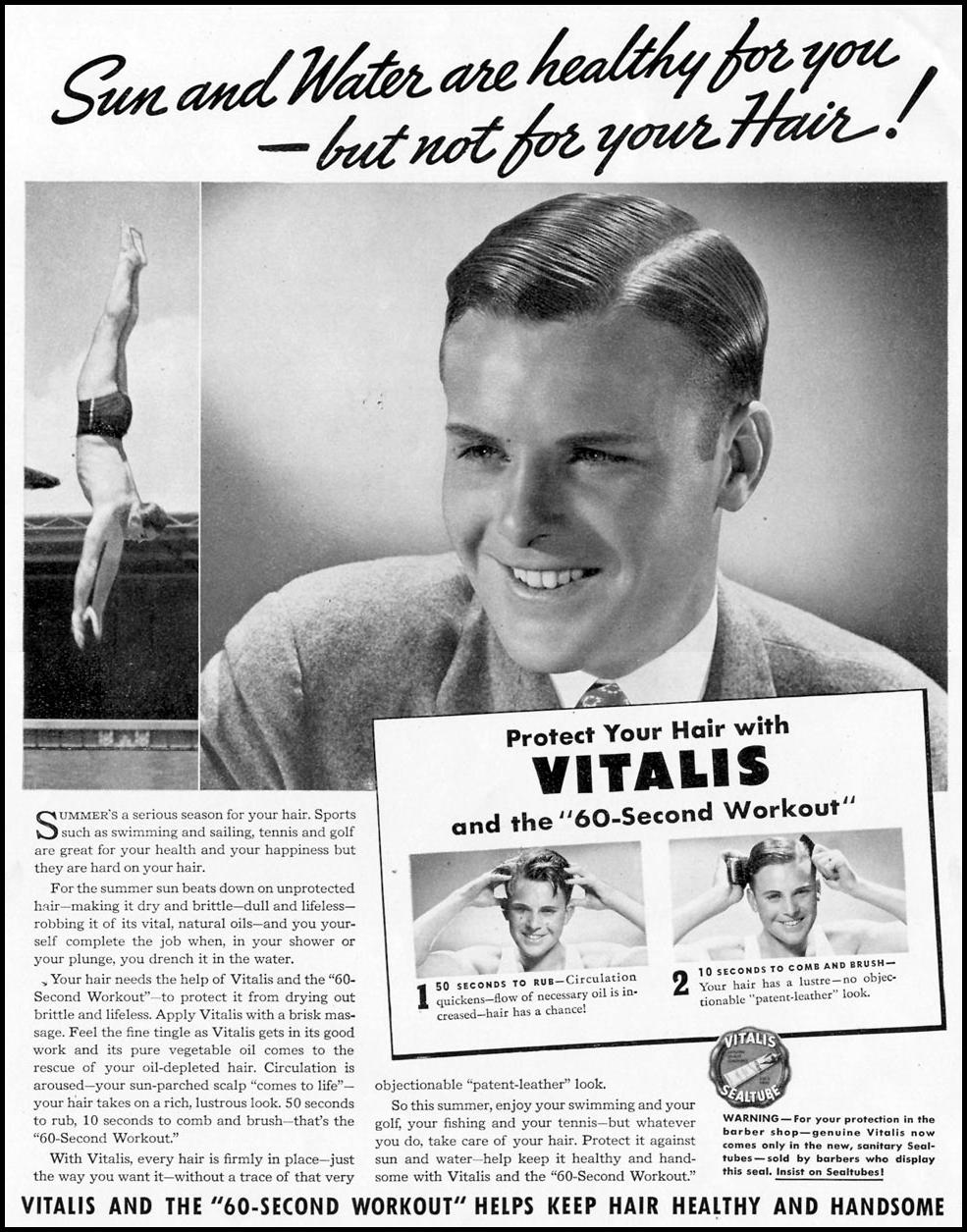 As for instructions, Vitalis recommends using after a shower, before blow-drying; or on dry hair during the day as a touch-up. Using this product was a new experience for me; I’m used to either towel-drying and letting the chips fall where they may, or blow-drying and using rather heavy gels to get everything just so. Vitalis acted more as a conditioner, making hair easier to comb into place but not holding any strict shape. This is especially convenient for a quick fix if you just want to run a comb to keep it neat. If you’re looking for a more vertical style, however, you’re going to want to look towards some stronger hold products; gel or pomade usually suffice. (I’ll cover some of those in a later edition)

Now older hairstyles around the 50’s and 60’s were popularized by a healthy shine. Right on the bottle, Vitalis claims to make hair “healthy looking”. In that regard, Vitalis did a bang-up job. Almost all day long, I had a “Rat Pack” shimmer much like the young lad in the advertisement above. Now this may be a problem for some people with many popular haircuts going for a “lazy” look that doesn’t shine at all. I’m a big fan of this stuff, especially if I’m looking for a quick, slick, hair-do. My only complaint about Vitalis is that it made my hair a little bit sticky, at least until the product dried. But with all said and done, Vitalis did a pretty solid job at keeping hair neat and shiny. Not bad for a 70-year-old product.

Vitalis can be found in various cosmetic stores or online for about $5 for a 7 oz. bottle.