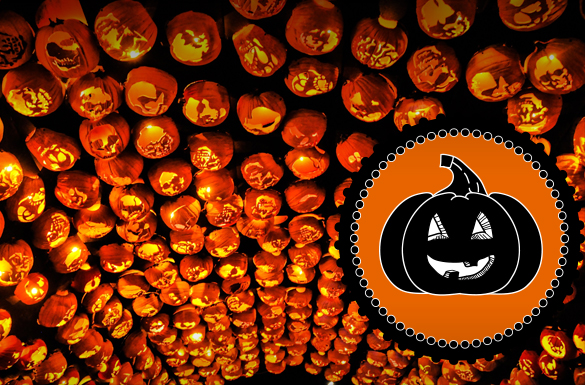 With Halloween just around the corner, it’s worth taking a moment to ponder why we celebrate the day in the first place and why it emerges from its grave every year at this same time.

Every culture has its days of the dead: the Mexican Día de Muertos, the Chinese Yu Lan, the Japanese Obon, and, more recently, the Christian Hallowmas are some notable examples. But why the universal human preoccupation with those who’ve left us? The answer might lie somewhere in the dark, primal past of the mind.

The guiding logic of the long, dark age that primal man inhabited was fear: fear of the beasts that preyed on him, fear of the elements that could destroy him, fear conditioned by a lack of control over the nature world. Primal man was helpless in the hostile (and short-term) arena of life.

Then, he began to rationalize. But lacking any systematic approach, any real science as we think of it now, he fell on the simple cause and effect of superstition. “…There was a large series of issues of great importance to primitive man,” notes H.G. Wells in his discussion of primitive thought, “where he sought persistently for causes and found explanations that were wrong but not sufficiently wrong nor so obviously wrong as to be detected.” It was through dreams and signs that much of these answers came to him. 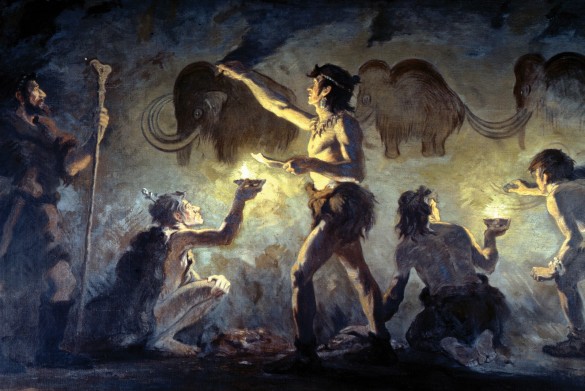 As Ray Bradbury writes in his seasonal epic, The Halloween Tree, “So in the middle of autumn, everything dying, apemen turned in their sleep, remembered their own dead of the last year. Ghosts called in their heads. Memories, that’s what ghosts are, but apemen didn’t know that. Behind their eyelids, late nights, the memory of ghosts called, waved, danced, so apemen woke up, tossed twigs on the fire, shivered, wept. They could drive away wolves but not memories, not ghosts.”

In dreams, the dead were still active. Did this mean they inhabited some spirit realm, some dimension alongside the flows of power that affected primal man’s dark, dark world? He certainly thought so. And if he worked to please them, offered what was dearest to him, might the dead, his ancestors, swing things in his favor? Intercede on his behalf to the spirits or gods shaping his brutish life if they themselves were not in control? This is the birth of ancestor worship, and the ancestors could be very fickle advocates.

But what was so dear to man that its sacrifice might impress those whose aid he cried out for so desperately? Life, of course, and not just any life, but the life of man. Human sacrifice enters upon the scene of worship and superstition so logically that it seems unsurprising that so many cultures across the globe came to the same, solemn conclusion. Immolation was a favorite method; man’s obsession with fire even at that age was profound, and the rising smoke could carry the message far and wide. 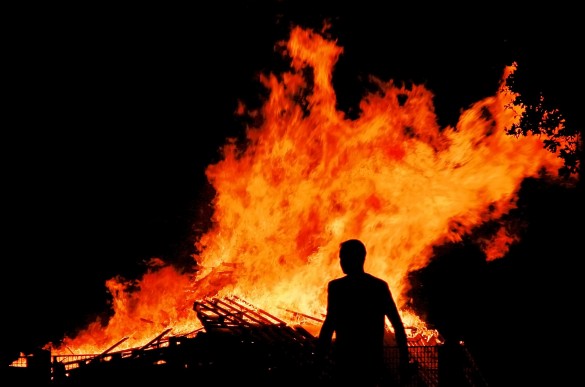 There were particular times of year that the positive intervention of the ancestors was particularly essential, when the fears and anxieties were at their highest: the sowing and the harvest. When man’s food for the year was at stake, it was foolish to leave anything to chance. The harvest in particular marked the descent into winter, the coldest and darkest of an already pitch-black age, and so man sought to ensure his life by bringing about the ritual death of others.

But, as expressed by the French intellectual and scholar Georges Bataille, as human society progressed, “[t]he horror felt at the immolation of other men grew in time… sacrificers must have attributed to their gods the will of men to whom the sight of human holocaust finally became intolerable.” Men moved from the killing of men to the bloodletting of beasts before drifting away from literal blood sacrifice altogether to more moderate forms.

This brings us to Halloween, or at least to its precursor, Samhain. The transitions between seasons, between years, were often seen as moments when the gaps between the spiritual world and the physical one were widest. The inhabitants of the British Isles approached Samhain from this perspective. It was first and foremost a harvest ritual, a reaping and a slaughter, but one in which the denizens of the supernatural realm had free reign. This included departed loved ones, leading to the practice of setting a place for them at the table, offering a feast for their wanderings, both in tribute and in payment for their continued benevolence. 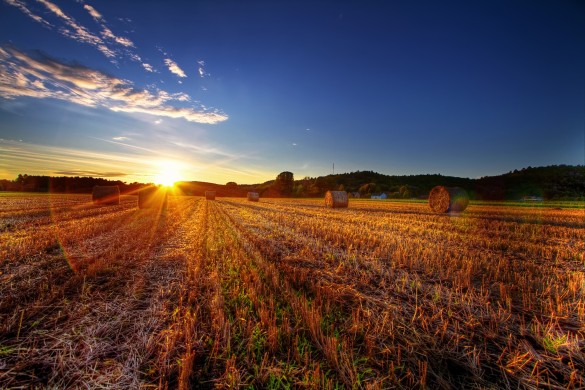 Other, less friendly spirits and fairies were also thought to scour the land that night, and the practice of dressing up like them (“mumming”) took on the dual role of providing a good time during what was, ultimately, a festival and providing protection by helping the wearer blend into this spectral parade. Carving lanterns from gourds also arose from a similar motivation: protection from those whose faces they mirrored.

Bonfires dotted the dark countryside during this time, and again they were the sites of sacrifice and ritual (in addition to enjoyment, of course; these were not incredibly solemn days). Rather than human victims, however, these consumed bodies of the vegetable variety (especially gourds), products of the harvest offered as thanks. Yet again, death was being offered to prolong life. 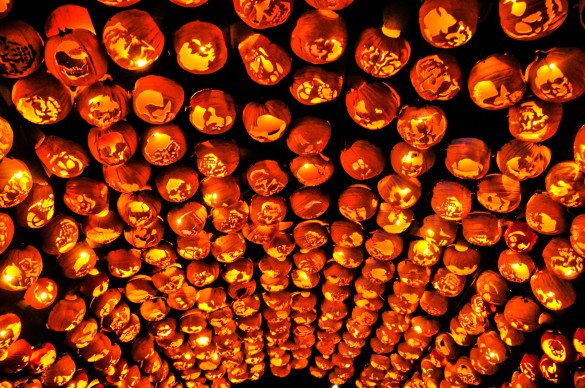 The coming of Christendom gave the ghostly visitors of these nights an evil connotation, but the day’s more ambiguous aura has survived into today. Whether we think about it or not, Halloween has always been supported by an awareness of a world that gives and takes, by the trade of death for life, and a time where these intersections, these crossroads, are their starkest.

“So they held tight to their ribs, prayed for spring, watched the fire, thanked invisible gods for harvests of fruit and nuts,” continues Bradbury. “Halloween, indeed! A million years ago, in a cave in autumn, with ghosts inside heads, and the sun lost.”