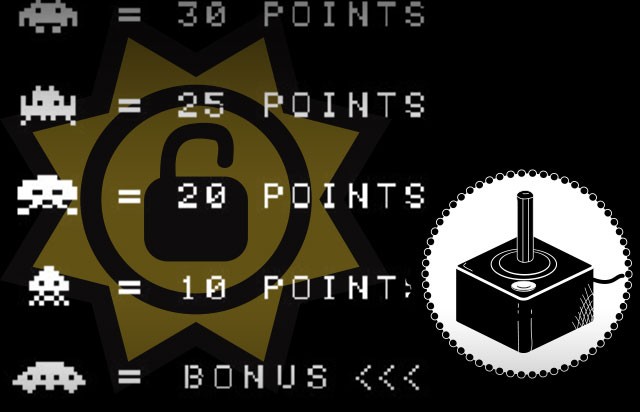 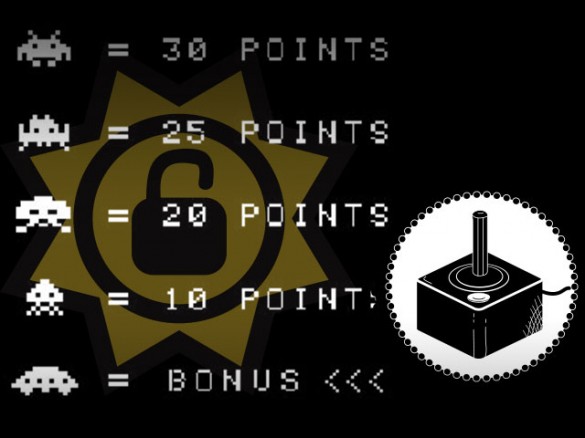 Allow me to refresh your memory. The high score was, for the longest time, the standard by which people who played video games would measure their aptitude. In the 70’s the only real video game action you could find was from an arcade cabinet, the monolith of bleeps and bloops. You couldn’t take the game with you; these bad-boys were pretty much rooted in place. That meant for your 25¢, or however many quarters you pumped into the machine, you had to feel as though you were getting something for your money. Intrinsically, your reward would be the enjoyment of the gameplay itself. After all, that was what the arcade cabinet was designed to do, give you such fun gameplay, you would keep dropping your hard-earned change into the slot. But that’s trickier than it sounds. At a certain point, players need to be rewarded for all their dedication to the game, they need a sense of ACHIEVEMENT. otherwise they’d have no reason to continue playing OR paying.  Beating the game was a reward, certainly, but at that rate, once beaten, a game would hypothetically lose it’s draw.

Enter: The High Scores Table. In 1976 the game Sea Wolf was released. One of the first machines ever to display a target score to achieve. Space Invaders came in 1978 with the ability to save the highest achieved scores. It’s sequel, Space Invaders Part II fully realized this with the high scores table. A shimmering list that featured the top scores achieved on the machine. Now players had a chance to see their name, albeit shortened to three letters, in lights. This sparked one-upmanship between friends and rivals jockeying for the top slot. More importantly, it kept the coins flowing.

However, as home video gaming became more prevalent, the utility of the high scores table as a profit-driving mechanism dwindled. Home games would still employ point systems, but the top score was relegated to bragging rights. No longer could profits be driven by competition. When you paid one price to bring the game home, the quarters stopped coming. The money was now to be made in selling consoles and games themselves. Games switched gears from being high-score chasers, to more in-depth challenges, either story-based or direct multiplayer challenges (one of the reasons fighting games helped reinvigorate arcades). For a time, the high scores table would be part of a disappearing arcade scene.

When you paid one price to bring the game home, the quarters stopped coming.

ONLINE LEADERBOARDS – THE HIGH SCORES ARE BACK BABY

With the prevalence of online gaming and multiplayer networking, the high scores table returned in a big way. Now, games that kept the arcade vibe could pit your own scores against EVERYONE ELSE’S. Literally EVERYONE who played the game online. No more waiting to see who would mosey on into the arcade. EVERYONE.  It was friendly competition over who was the quantifiable best. This was a minor commercial boon. People weren’t purchasing games for the online point systems; at least not yet.

In 2005, Microsoft’s Xbox Live service debuted a new mechanic known as “Gamerscore”, a persistent point total, tallied across all games played that is perpetually tethered to your Xbox Live account. Points are earned by accomplishing specific tasks in games, unlocking what are known as “Achievements”. The beauty of achievements – You get hard proof that you’ve accomplished a difficult or rare task in a game, reinforcing your sense of accomplishment. Tasks and points vary, but on the basic level it works like so: Beat a game on easy and unlock an achievement indicating that you’ve completed the task AND earn 50 gamerscore. Do the same task on a higher difficulty, earn a respective achievement and earn MORE gamerscore, about 100 or so. Achievements and points vary greatly, some even being very specific and hidden, rewarding players who find easter eggs, travel off the beaten path, or change up their play style.

With achievements, game developers can have players leave their comfort zone and discover new things about their games.

This has been a massive success. Sony and Valve have adopted similar systems on Playstation and Steam respectively. A high-score culture has spawned around achievements. Players pour over games doing things they normally wouldn’t do to find and unlock achievements. That is a beautiful thing. With achievements, game developers can have players leave their comfort zone and discover new things about their games. Achievements boost sales much in the same way the high-scores table did. Gamerscore and its kin tap into the competitive mindset that fuels high-score seekers. Since each game has a fixed number of achievements, players who want to keep their scores rising need to buy and play more games. In and of itself, this isn’t a bad thing. It’s very clever. But that’s not to say it doesn’t have its downsides.

Since the adoption of achievement systems it’s become practically mandatory for games to include achievements. These extrinsic rewards have the potential to distract players from the actual content of the games by setting up goals OUTSIDE of the game. Many games are replete with achievements such as “Kill 1000 enemies with X weapon”, or “Collect X audiologs/journals/amount of cash”. The tasks can become very rote and do little to enrich or create enjoyable gameplay. Players may become so obsessed with collecting and completing achievement tasks that they sleepwalk through in-game objectives. Players may fail to actively engage with the game they’re playing.

I’m not saying that achievements ruin games or that they’re some nefarious scheme to drive games sales. Achievements should be designed around enjoyable tasks in-game, accentuating memorable moments, and rewarding players for exploring the game’s features. Collecting items or audiologs should be rewarding in their own right and not just because some checklist outside of the game wants you to do so. It won’t always be perfect while player tastes vary. Some players are completionists who enjoy collecting everything. Others are invested in narrative with little concern for secondary objectives. Ideally, achievements should provide players with a sense of merit, no matter their play style. We need to make sure achievements don’t distract us but engage us with our games. That is the point, after all. Right? 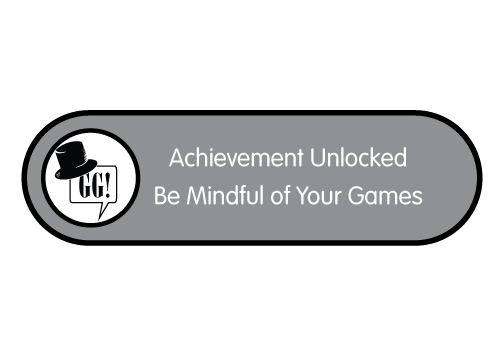