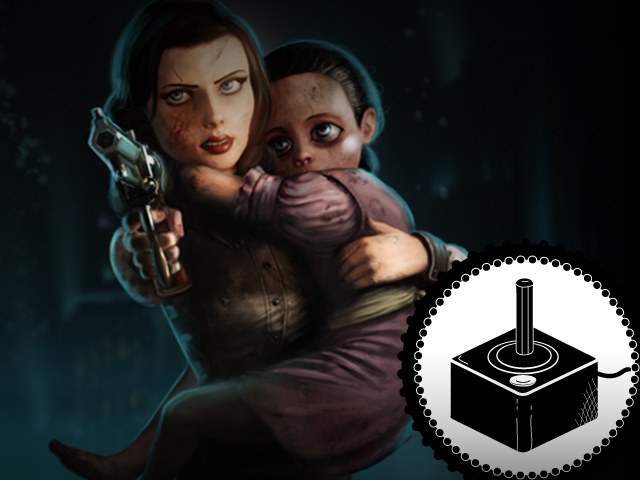 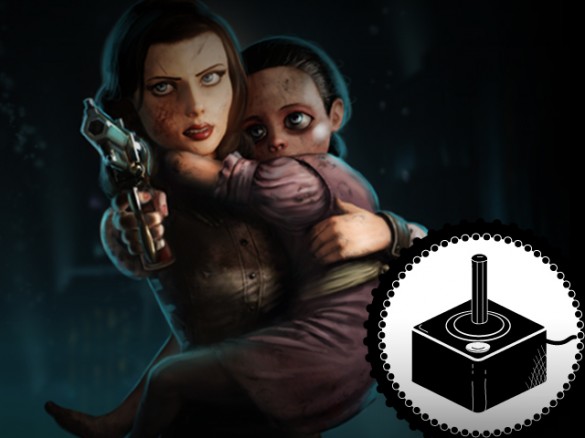 This past Tuesday saw a boatload of news drop from Irrational Games regarding the long-awaited downloadable content (DLC) for their hit video game, “Bioshock Infinite”. The announcement was regarding the first set of DLC.  The first add-on, Clash in the Clouds, is a story-less, wave-based challenge mode. The second add-on in particular, has fans of the original Bioshock buzzing.

Available now, Clash in the Clouds seeks to satiate people aching for more of the unique combat in Bioshock Infinite. The add-on contains 4 new maps, each with 15 waves of enemies to clear. Each wave also has a “Blue Ribbon Challenge” nudging those familiar with the game’s weapons kit to try out new gun/vigor combos as well as different tactical approaches. Alongside all the new combat, Clash in the Clouds also features the “Columbia Archaeological Society”, a place to spend cash earned in combat on concept art, videos, and additional behind-the-scenes content. Set at $4.99, Clash in the Clouds is certainly a worthwhile purchase if you enjoyed the combat. If story is what you were aching for, don’t worry, Irrational gave everyone a lot to chew on with the second add-on.

Bioshock Infinite: Burial at Sea is the second half of DLC being released, and boy is it a change of pace. This brand new story, split into two episodes, takes the protagonists from Infinite, Booker and Elizabeth, and places them in everyone’s favorite Deco dystopia, Rapture. Appearing to be alternate versions of themselves, Booker and Elizabeth are set for a night of intrigue – on the evening before the notorious fall of the underwater city. With a strong “noir” vibe, Booker is playing a private eye, while Elizabeth, like many femme fatales, remains a bit of a mystery. The campaign promises to add new Vigors/Plasmids as well as bring back the imposing heavy hitters from the original Bioshock, the Big Daddies. But perhaps the most exciting tidbit of news about Burial at Sea is that episode two of the story will have players controlling Elizabeth for the first time ever. Not much else is known about this specific story but the teaser image certainly leaves us wanting more. Each episode is looking to be priced at $14.99 and the first episode should be released sometime before the end of this year. 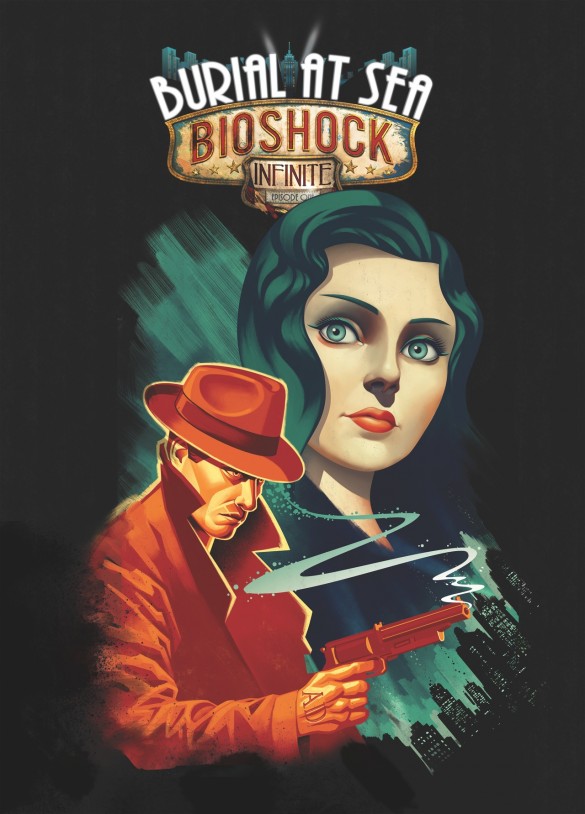 This certainly has us excited. We’ve been aching for new Bioshock story content since we finished Infinite back in March.  However, this return to the Rapture setting has us a bit worried,as well. Personally, I fear that the decision to put this in the setting of the first game might be too cautious on Irrational’s part. Rapture is an environment that fans are familiar with, and certainly one that can push sales and generate hype. And while getting to see the city of Rapture before it’s fall is nice, in theory, it could feel too much like a walkthrough museum exhibit in the same way Columbia did in the earlier moments of Bioshock Infinite. Either way, we’re a ways out from all the details, and knowing Irrational Games, we’re certain to see something new. What do you think? Is Irrational’s plunge into the city of Rapture an inspired decision, or do you think it’s too safe?