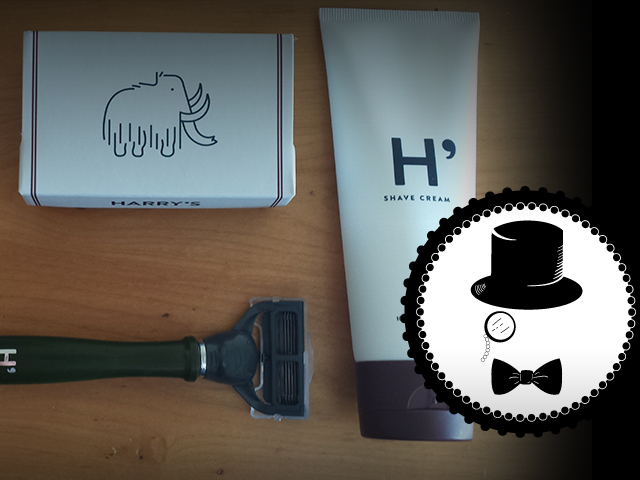 Each week, we at GG aim to bring you some up-to-date and practical style resources and products, so that you can not only look and feel like a true modern gent, but save a few bucks while you’re at it. For that, we’d like to introduce our column, Cascading Style. Our first post is written by Andrew Fritzer.

For the inaugural post of Cascading Style, I felt it was important to cover something that almost every guy is familiar with, shaving. Now, I have no doubt that throughout the life of A Gentleman’s Review, there will be dozens of articles concerning shaving, since even within the Geeky Gentleman team there are a wide variety of blade styles, products, and techniques used and favored. A good razor can be a powerful tool in the modern gentleman’s arsenal as very few of us can pull off the wild, untamed mountain man look. Even if you choose to rock some facial hair as part of your style, it’s important to keep it looking like it was intentional.

One of my new favorite products comes from a company named, ironically enough, Harry’s.

“Harry’s was built out of respect for quality craftsmanship, simple design, modern convenience, and most importantly for guys who know they shouldn’t have to overpay for a great shave.”

The brainchild of Warby Parker (The original $95 glasses company) co-founder Jeff Raider and Andy Katz-Mayfield, Harry’s operates on the basic idea that quality products shouldn’t cost you a fortune, something we here at GG can abide by. Designed over the course of a year, the first line of Harry’s razors featured American designed handles and German engineered blades, to form a truly sleek looking shaving tool. 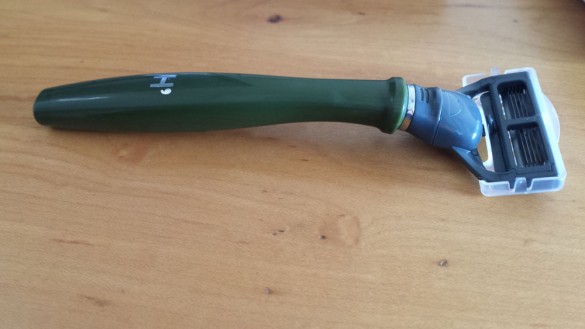 I recently purchased a Truman Set from Harry’s, which included a Truman handle, 3 blades and a tube of shave cream, all for $15 (Harry’s pitches this as a month’s worth of shaving in a box). I had no idea what to expect when I placed the order, but I figured for $15 even if the handle was flimsy or the shave cream tube only contained enough for one or two shaves, it would still be worth trying. After all, purchasing a Gillette Mach 5® razor (the blade I had previously wielded against the wild growth of facial hair which arose each dawn to consume my face) would typically cost about $9 for a handle and 2 blades, so a few extra bucks for an additional blade and some shave cream wasn’t much of a gamble.

Three days after my order, the package from Harry’s arrived, and mind you I didn’t select any kind of expedited shipping. Upon opening the box I found each item neatly arranged in some really awesome packaging which looked fairly well designed on its own (only furthering my excitement for what lie within).

Not only did the razor do its job with little need for multiple runs, but it did so without leaving any cuts or post shave razor burn.

The Truman handle felt fairly ergonomic as I went, fitting comfortably in my hand without feeling like it might slip at any moment. Honestly this is one of the smoothest shaves I’ve ever had from a handle razor. The blade itself was fairly impressive as well. Not only did the razor do its job with little need for multiple runs, but it did so without leaving any cuts or post shave razor burn. The blade sits at a nice angle and, combined with the blade’s thinness, performs spectacularly. It continued to do so through the first 6 days before finally requiring several passes to do its job and leaving a bit of irritation. Harry’s recommends switching blades every six shaves, depending on the level of facial hair, so this seems par for the course.

Finally, the box came with Harry’s brand shave cream. The tube they sent was significantly larger than I had assumed it would be, easily enough for a month of use. It had a great eucalyptus scent to it without being overpowering and covered the skin nicely. It did not, however, lather in the way some may be used to with their creams or gels.This isn’t so much a negative as it is a personal preference, since it otherwise performed without issue.

Overall, I was quite pleased with the purchase and plan to continue on with the product for the foreseeable future. Replacement blades cost about $2/each but the price drops if you buy in bulk with a 16-pack costing $25.00 or about $1.56/each.

In case you needed further incentive, did I mention that it shipped for free? That’s correct! All shave sets from Harry’s ship free, and should there be any issues, they offer great customer service via twitter: @harryshelp.

That wraps up our first installment! Keep an eye out next week for another Cascading Style where we’ll be providing more great tips and suggestions for keeping yourself styled.