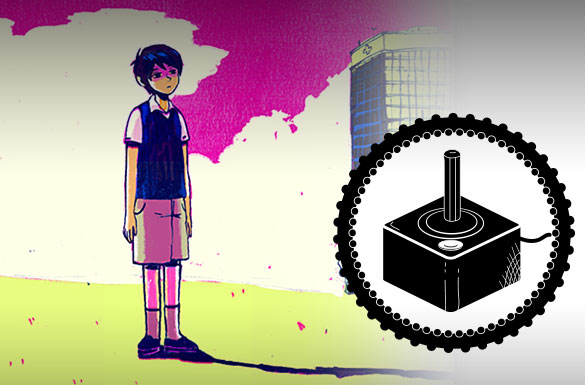 “Too bad saving the world isn’t as easy as these games make it out to be.”

Thus is one of the observations made by Omori, a surreal, exploration, horror RPG that’s currently collecting backers on Kickstarter.  The brain-child of artist Omocat, Omori is taking an interesting approach to the classic RPG investigating human emotion, depression, dreams and escape.

Omori is based upon a character created by Omocat. The monochrome title character described as a “depressed otaku,” is depicted struggling with depression and thoughts of worthlessness. Omori lives, seemingly, alone in a empty, endless white room known as White Space. The adventures in Omori focus on escape from this void into the world outside. What world lies beyond White Space? Details are unclear but vignettes of the character found on omoriboy.com seem to explore a variety of ideas around dreams and false realities.

The gameplay strongly takes cues from Nintendo’s cult classic Earthbound. From sprite and character designs to odd surreal settings. But Omori makes a strong departure into generally unsettling territory. The art is a colorful acid trip of friendship, violence, and monsters. The trailer is set to music that is just as manic. Words can only do so much, so I advise you to watch their trailer:

The aesthetic of Omori is part of what adds to its unnerving nature. Endearing anime-like qualities are juxtaposed with otherworldly horrors setting everything slightly off-kilter. Even the gameplay promises the strangely unfamiliar with a traditional RPG battle system with unconventional status ailments based on actual human emotions. As for what emotions you may be inflicted with, Omocat hasn’t said. However early footage of the game lists “Calm Down” as one of the battle options so that may give you some ideas.

Right now, Omori leaves us with a lot more questions than answers, but I imagine that’s the intention. Omori is set to be released for PC and Mac, however, if they reach one of their stretch goals, we may be seeing it come to the Nintendo 3DS and the PS Vita. You can see more of Omori’s Kickstarter project, right here. 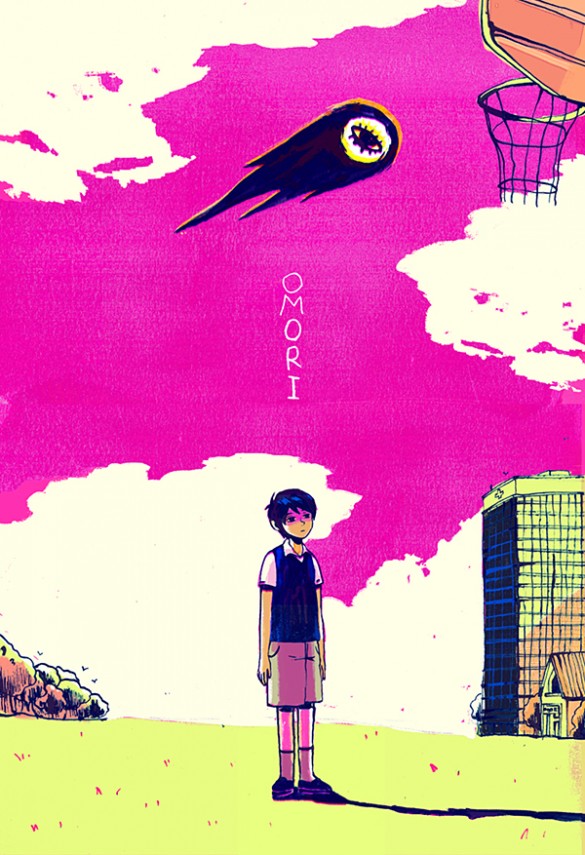