Most of us here at Geeky Gentlemen are fans of RPG’s, tactics, strategy games, or better yet a combination of each. So when we come across a game with a good balance of everything that also retains its originality, we get pretty excited.

This week on Indies to Watch we’re showcasing Flamberge!

Flamberge is a tactics based role playing game, heavily inspired by Fire Emblem, developed by Michael Savage-Benoist and Ben Cohn of Hydezeke Studios. As a tactical RPG, the players moves are planned out at the beginning of each turn, however unlike

most games in this genre, with Flamberge the planning phase happens simultaneously between all players. As a result, the positions of units are constantly changing, forcing the players to take an even more strategic approach to combat by predicting just how their opponents will move.

The game began development in May of this year, and has already made tremendous progress. While the actual the story is still in the writing stage, Flamberge is expected to span 20 missions  and include around 15 playable characters. The public demo available now shows a “traditional” RPG in that a small band of heroes is on mission and appear to have a kingdom of enemies as their opposition. According to the developers, a class system will be implemented and contain 15 classes which in turn will have their own individual upgrades upon leveling. Stat changing items will also be present, and custom item development is even presented as a backing option under the $50 tier. 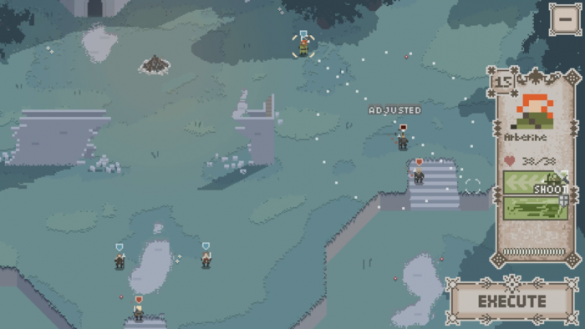 The multiplayer is still under development, but is reportedly working in its pre-pre-alpha form. Currently 5 multiplayer stages have been planned with at least 3 different game modes, as well as customization options for each mode. A value-based system will also be implemented to allow selection of units prior to matches, presumably to help limit the number of ultra-powerful units on the board, and to make the players think a bit more carefully about exactly who they should take to combat. 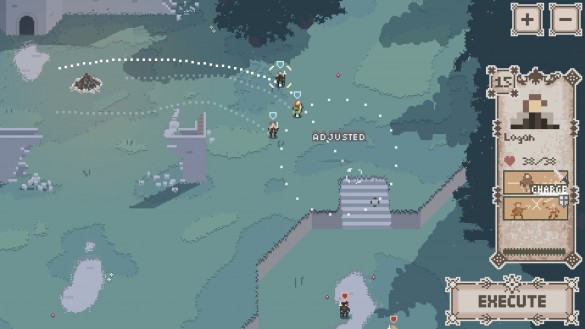 The game also includes a beautiful scored soundtrack reminiscent of throwback JRPG’s mixed with light piano and will contain 25+ tracks when complete. To date, 11 pieces have been scored and are currently available to preview on both the games Kickstarter page, as well as through SoundCloud. Certain backer tiers also include the soundtrack download as a reward, so if you’re really digging it, be sure to grab that while you can. 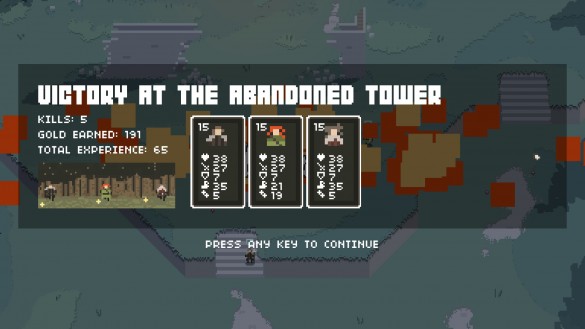 So what should you expect?

Flamberge has already exceeded its backing requirement, and as such is well on its way to becoming a reality. As it stands now, there is a playable public demo available and a closed alpha for backers of the project is slated to be released sometime in late November. The game is also currently featured in the voting section of Steam Greenlight, and should it succeed, will be available for release through Steam. The full release has a target of either late January or early February and will be available for Windows, Mac and Linux.

As of the time of this article, there are about 2 weeks remaining to back this project. As mentioned above, the game has already exceeded its requested donations., Additional levels and content will be funded for development, should their respective stretch goals be reached.

My final opinion is that while the game is a bit rough around the edges, it’s nothing that isn’t expected for something only 6 months into development. The only issue I have personally is that the dialog art style feels a bit amateur when compared to the rest of the game. But that being said, I think the game has tremendous potential. Flamberge brings a refreshing change to the traditional turn-based RPG, and does so with a fairly innovative combat system. There is a lot of room for growth with this project, and hopefully the show of support between the Kickstarter project and Steam Greenlight will urge the Hydezeke to keep on it.

If you’re interested in supporting this project, or are just curious to find out a bit more, please head on over to their project page here.