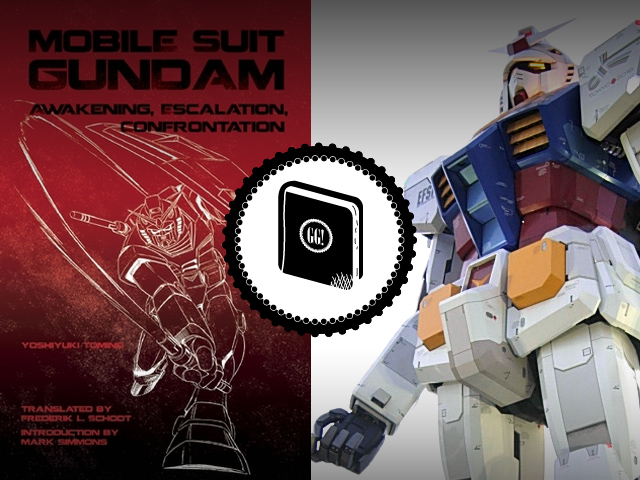 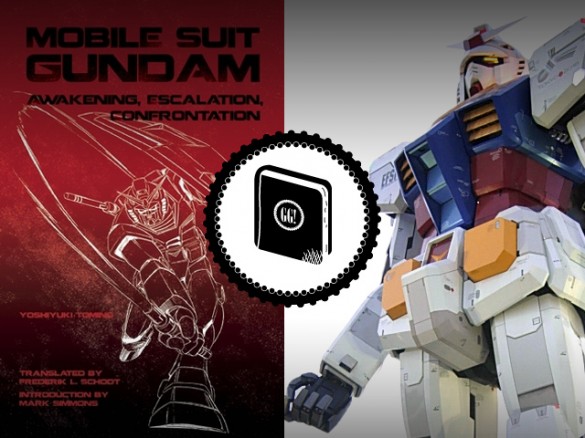 For those of you who aren’t familiar with me, I’m a huge fan of giant robots in any form. Ever since I was a tiny gent, it was always something that captured my attention and imagination (a feat which could prove quite difficult at times…) Whenever I would come across one, whether in a comic book or on television I would drop whatever I was doing and focus only on that, including one unfortunate instance involving a dropped egg while helping in the kitchen.

Today’s review of the novel Gundam: Awakening, Escalation, Confrontation not only fuels my aforementioned obsession but also holds a special place for me, as the Gundam franchise was my first introduction to the Japanese genre of “Mecha”.

Gundam is arguably one of the most recognized Japanese cultural icons having established itself as a multibillion dollar industry over the past 30 years. It has garnered a fan base of millions, been featured in a dizzying number of tie-in products, and has even spawned a life-size 1:1 scale model of the RX-78 Gundam featured in the original series. Brightly colored humanoid robots fighting for the salvation or ruin of humanity, striking memorable poses, and giving an unusually relatable sense of the characters daily struggles. Gundam is nothing short of a tour-de-force.

So, after all that hype what did I actually think of the book?