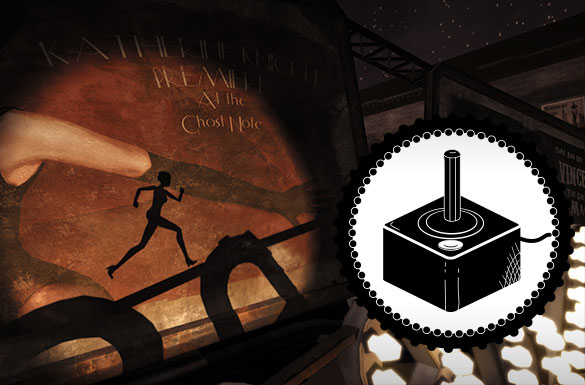 In the sphere of indie games, it’s a struggle to compete with triple-A titles in logistics, server support and, general scale. To counterbalance this, games developed by smaller teams are built around novel premises, mechanics, and aesthetics. One great example of this is Contrast by Compulsion Games.

Launched alongside Sony’s Playstation 4, Contrast is ironically NOT a big budget game. Debuting between powerhouses like Killzone and Assassin’s Creed, it could be very easy to pass on this rather brief, single-player, puzzle platformer. However, it has the benefit of coming to Playstation Plus subscribers for free, and for that I’m thankful.

Eschewing the benchmarks of “next-gen” content, Contrast does NOT have a “strong” graphics engine, nor does it sport a robust social gaming aspect. It IS, however, a delightful game, which, at the end of the day, is what is most important. Following in the footsteps of now notorious puzzler Portal, Contrast creates its draw by implementing a novel, mind-bending mechanic: Your character has the ability to phase into walls as a shadow and use the silhouettes to cross gaps and take paths that would normally be out of reach. Additionally, you have the fortune of being able to manipulate the physical space to exaggerate shadows and create larger platforms to use while .

Set in a  surreal city environment around 1910-1920s. You play as silent, vaudevillian woman Dawn. You are the companion to a young girl named Didi. While every other character you may encounter is brilliantly represented only by their shadow, Didi is the only character you see in the flesh. Additionally, she seems to be the only person who can see you, as if you were some imaginary friend. This lends a nice, and slightly grim undertone. The world is a delight to explore. Deco and Nouveau design, as well as entertaining jazz score accentuate a world that is both innocent and sinister. The scenic design in Contrast, especially alongside your child companion, explores a child-like wonder and imagination as well as fear of the dark. For example, at the middle of the game, there is a shadow puppet sequence that, while simple and relatively brief, is very clever. Progressing through the game, the art design slightly approaches but never quite arrives at surrealism. Edges of the game’s environment show the city crumbling off into a starry ether. Meanwhile near the climax and conclusion of the game, certain props and set pieces begin taking on the exaggerative nature and scale of shadows. 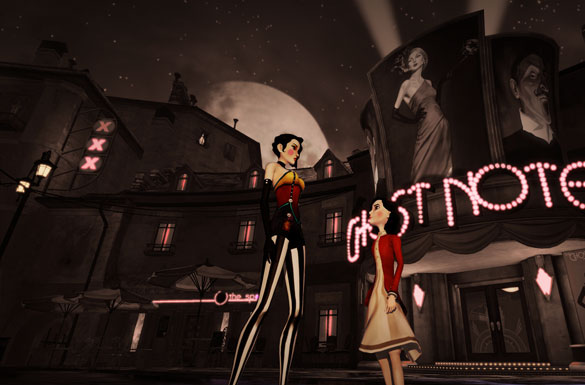 The game is full of charm: from the base concept to implementation. There’s a lot to love. However, Contrast is not without its shortcomings, emphasis on short. The length leaves something to be desired, having finished it in about 8 hours or so. Interacting with certain set pieces can be glitchy at times, and sometimes it’s easy to get caught on the level geometry. The short game-play length also leaves little space for extra puzzles. Additionally, there’s no real room for replayability save for a few collectibles that are actually pretty easy to pick up in one play-through. And one play-through is almost all you need to experience everything the game has to offer. This type of experience is something I’d love to see more of, however. With such inspired art direction and puzzle whimsy, it’s a breath of fresh air in stark contrast to the repetitious formulas we see so frequently.

This review of Contrast was played on PS4. The copy was obtained through a Playstation Plus subscription paid for by Geeky Gentleman.