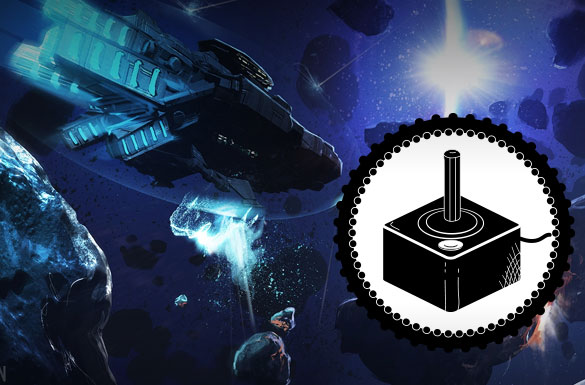 For our first ever “Indies to Watch”, we bring you an early look at “The Mandate”, a futuristic game in which you lead your crew on an adventure of your choosing throughout the Universe. Sound like the same old song and dance you hear from the rest of the Sci-Fi genre, right? Guess again. 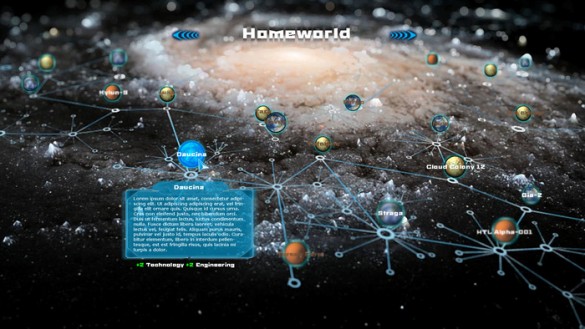 Currently still in it’s early “Kickstarter Support Phase”, The Mandate is an independently developed sandbox game, allowing the player to move freely throughout the galaxy. The games main emphasis is the need for a good ship and a good crew, as both will continue to evolve and develop alongside you through out the course of your adventures. Inspired by a number of Sci-Fi greats like Firefly, Battlestar Galactica, and Star Trek, the game will incorporate elements from each of these to create a wholly unique experience. 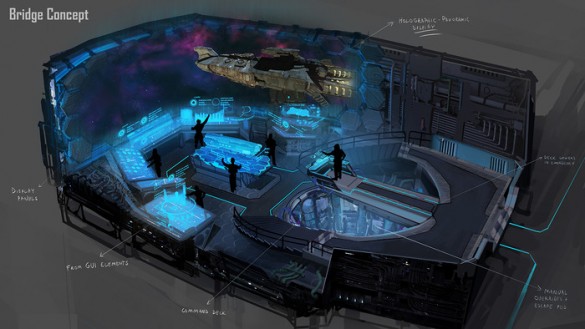 Travel to the various sectors of the game will be accomplished via “Jump Gate”, the game’s answer to an FTL drive and, while initially the player will only have access to a few sectors, new ones will be unlocked via exploration and resource development. What the player finds in these sectors is determined by the game’s AI engine, which can be set to one of three difficulties. As the player’s story develops they will encounter new factions, better ship technology and access to Star Bases, which are massive space stations that can be designed and retrofitted by the player. Again, as a sandbox game no two players will have an identical experience, nor should any single player on a new game, which means that the game should have tremendous replay value.

While the studio behind “The Mandate”, Perihelion, is a newcomer, the individuals behind the studio are certainly not new to the industry. The team contains a number of Ex-EA, 2k Games, Ubisoft, and Funcom developers, who’ve worked on big names like Assassin’s Creed, Alan Wake, Far Cry 2 & 3, Call of Duty, Splinter Cell, and Saga of Ryzom (just to name a few). They’ve also pointed out that most of them are huge Sci-Fi fans and spend countless hours playing various tabletop games. This myriad of experience and interests has allowed for a wide array of input and ideas, as they work to create something truly unique.

As an early demonstration of the game’s capabilities, Perihelion Interactive released an early stage Ship Designer program to show off some of the customization abilities that players will have. While you don’t have access to much, it still offers a great insight into what’s to come. Additionally, Perihelion released an early prototype of the character engine with similar limitations. Just enough to get you interested and leave the lasting impression that this will truly be an amazing game.

Real tangible gameplay still has yet to be seen, as the game is still in its development stages, however some truly awe inspiring concept art, combined with the early design programs mentioned above, do give a good sense of what’s to come.

The developers have also stated that while the game can be played entirely as a single-player story, there are some serious elements of multi-player integration. For instance, you will be able to jump back and forth between your own galaxy and a friend’s to assist them with missions, share resources, and just generally explore alongside them. While it’s unclear if this style of cross-game playability will allow for a PVP experience, it would certainly allow for a supremely interesting experience.

All of the above aside, one of the more impressive elements of The Mandate has to be the insanely rich and detailed history of the game’s universe. The developers wrote a painstakingly complete 1500 year history to prelude the moment the player joins the game. This was done to reinforce the individual experience of the player as they move into the future, with the implications that how the player reflects on the past will also impact their future.Currently Perihelion is working on a wiki to not only house this history, but also allow players to expand on it as the universe unfolds and develops. As someone who cannot get enough Lore in games, I was pleased to see that Perihelion not only spent the time to craft the history, but also plan to release a codex as part of the Kickstarter rewards.

As mentioned, this game is still in its early stages. The Kickstarter for the game has an initial goal of $500k and is set to end on December 2nd, 2013. Having already accumulated over $160k in the first 20 days, it certainly seems like it’s starting to gain some recognition. Rewards include things like early beta access and 3d ship models on the lower tiers all the way up to the ability to have your own character, ship, and starbase designed and immortalized as an NPC within the game.
The game is set for PC release, and has been Green Lit by Steam, so we should be seeing a release there as well. Currently “The Mandate” is slated for summer 2015, so there’s a bit of a wait. But all good things in time…