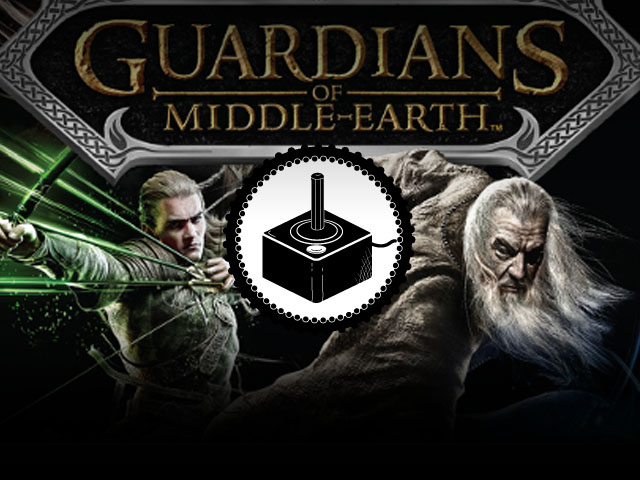 This weekend I thought I would give a new console game a shot, although not wanting to spend an arm and a leg at the store purchasing a new title, I searched through the Xbox LIVE Arcade store to see if anything grabbed my attention.

Now, if there are two things I’m most fond of in the culture of geekery its giant robots (which undoubtedly will comprise a lot of my articles) and Tolkien. Folks, I am a huge Tolkien fan and no, that doesn’t just mean being a fan of the films. Ever since I was young I found myself fascinated by his writings and read everything I could, from LOTR to The Unfinished Tales and everything in between. So naturally I was excited to find that a new game featuring my favorite universe was being featured on LIVE I knew my search was over.

Guardians of Middle-Earth is by far one of the most interesting adaptations of Tolkien to the video game realm. As a Multiplayer Online Battle Arena, it offered up a different play style than the MMO’s and RPG’s of the previous games, focusing primarily on real-time strategy against your opponents (whether NPC’s or other gamers). MOBA’s an an unusual find on a console platform, and was admittedly part of the draw. 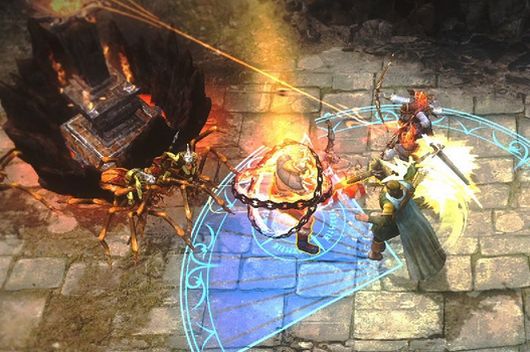 The game offers players the option of 22 “Guardians” to choose from throughout the game (with more reportedly coming through DLC), and their are certainly some familiar faces such as Gandalf, Legolas, and Gollum, as well as a number of lesser known characters to help extend the selection pool. Each character has their own specialty skills/attacks, with a primary focus on area of effect (AoE) due to the use of a controller and no mouse. Although each one appeared to be relatively balanced, there did seem to be an abundance of Sauron and Gandalf throughout matches. Though this may have just been due to the familiarity of the icon rather than a power difference.

There is an awesome in-game feature which seems to be an improvement over most MOBA’s and that is the ability to preload stat boosting relics and gems which you unlock throughout the match via your Guardian Belt. This helps to speed up the game play somewhat, as you no longer find yourself needing to return to homebase in order to get those power-up’s you desperately need to obtain victory. It also simplifies the game play somewhat, allowing for less experienced players the opportunity to grow. 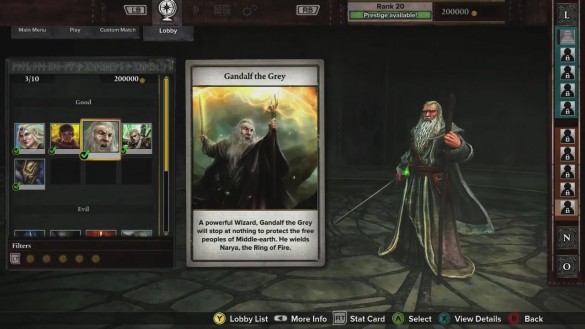 One of the largest drawbacks of the game seems to be the lack of control for the soldiers which spawn to your assistance throughout the match. Instead of the ability to direct them down a specific pathway to aid in your taking of a tower or slaying an enemy champion, they just seem to go off at random unaided and without care. This can be frustrating since you’re often left to fend for yourself, and at times find yourself feeling that your presence doesn’t have much of an impact in their virtual war beyond providing occasional assistance.

There’s also the issue of wait time in between matches. I found myself constantly waiting five to seven minutes after selecting the matchmaking mode before I was able to find a game. Now whether that’s a technical issue of the game, heavy traffic on LIVE, or just a lack of available players I don’t know.

At times the game feels very similar to the wildly successful League of Legends, and perhaps in the wake of its success, offered an appealing demographic for Warner Bros. Studios to launch a pseudo tie-in game with The Hobbit’s theatrical release. Either way, the game can be quite enjoyable if you’re a fan of either the Tolkien universe or Multiplayer Online Battle Arena style gameplay. If nothing else, I would advise you download the trial, which allows you to play the game for free for 48 hours, and make up your own mind as to the enjoyment level. You may just find yourself enjoying the role as one of the Guardians of Middle-Earth.

Guardians of Middle-Earth is available on Xbox LIVE and Playstation network.