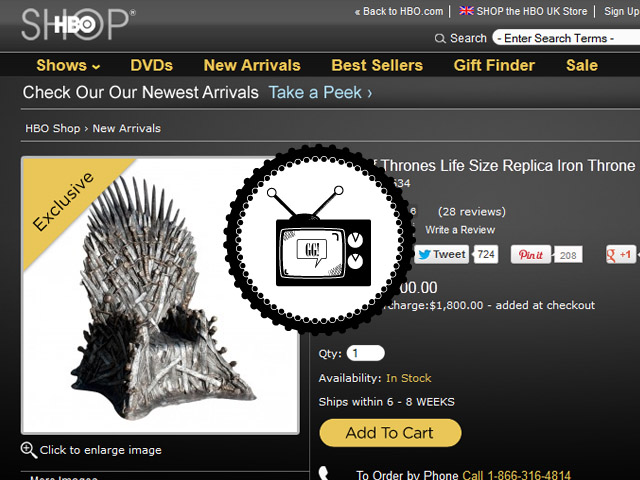 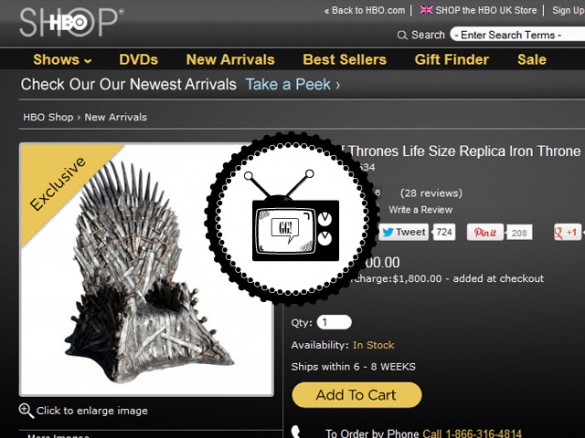 Let’s be honest for a moment, who amongst us wouldn’t kill hordes of his enemies in order to claim the mighty Iron Throne? To sit upon it and have all of your co-workers and family members recognize your rule over the domain? That’s what I thought… And if you’re like myself and the other Geeky Gents, then Sunday’s season finale has left you craving for more from the lives of House Stark and the Lannisters! Well thanks to HBO, you can now have both! Minus the bloodshed of course.

The HBO online store is now taking orders for a life size replica of the Iron Throne! For those of you not familiar with George R.R. Martin’s epic book series and/or the HBO feature adaptation, Game of Thrones is the first of the series and tells the tale of Westeros and its various struggles, specifically its noble houses and their interactions. It’s presented through a number of plot lines and various points-of-view, making it an immensely in depth story. END_OF_DOCUMENT_TOKEN_TO_BE_REPLACED